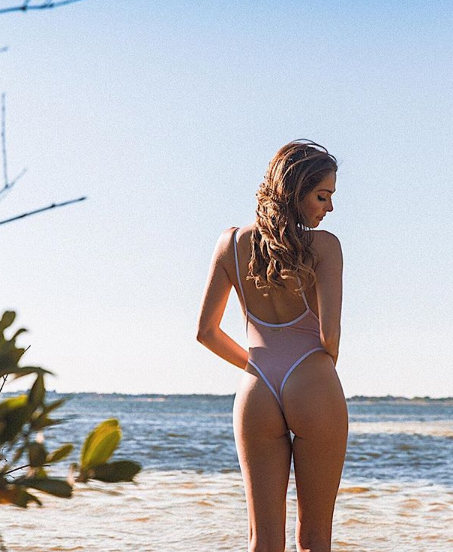 and this have in common?

They are both acquired the same way.

If you want to meet a beautiful girl, there is only one way to do so.

Go talk to her, introduce yourself, make a joke, whatever, but do something. It doesn’t really matter if you say something stupid, just start the conversation, then you have a chance.

Starting a business and making money are the same. Just take the chance.

Start small with something that has little downside if it fails. Buy or create something, then try to sell it for a profit. This is formula of literally every business ever. They take and acquire or create a product or service then sell it.

You can analyse numbers all do long to find indicators of what might be easy to sell or what markets exist. None of that really matters. All you really need to do is to try selling the product. If people are interested and want to buy it, then stock up and keep selling. If people aren’t buying it, try harder. If they still aren’t buying it, them move on and try something else. Rather than spend a few more years wondering if an idea might work, you could find out for sure if it will actually work in a few weeks. For years I wondered if my small business ideas would have any demand. Years later I was still laying awake at night wondering if they’d work, not step closer to actually knowing.

Then I stopped thinking and started doing. I enjoyed shopping. I don’t buy a lot of stuff but I get a thrill out of finding great deals on items. I found a jacket that I loved once and bought for about 20% of the full retail price (it was out of season). Before I bought it I looked on Amazon to see if it was any cheaper online. For some reason I checked Ebay as well while I was at the store. It was more expensive, a lot more. Rather than just being content with the great deal I was getting, I bought four of them. I kept one and sold the other three on Ebay. I didn’t get rich doing this but I had inadvertently started a business. I started going to discount stores, buying clearance items and reselling them. Over the course of a year I made a few thousand dollars spending only a couple hours per week and seed money of $120 to buy the original jackets. I had previously read about people buying and selling on Ebay and Amazon. I spent years reading and thinking and got no where, in one day I decided to do it and start making money. I learned more in the first week about a business that I had learned in three years of reading.

Most people who want to be entrepreneurs end up spending years thinking about business ideas and “analyzing markets”. They could find out everything they need to know about the market buy just trying it. Today I don’t do much “market research”. I look for things that will sell or what services are needed, try to sell a sample product or service, then decide whether I want to pursue it.

When I was in college I considered starting a landscaping business. I had previously made money as a teenager mowing lawns for the neighbors, but I wanted to up my game a bit and consider doing it full time. I spent a long time trying to randomly guess how much money I could make, how many customers I could sign up and what services I’d offer. I could have skipped that year of worthless guessing and spent 30 minutes making a Craigslist ad posting my services or spent $50 and a few hours to print and distribute flyers. In one day with almost no money I could have found out exactly how many people would be interested in my offerings.

Quit overthinking everything. Not everything needs a plan or a year of research. Quit thinking about talking to the pretty girl or starting a business and just do it. You’ll find this strategy works quite well.