I started my minimalist lifestyle about six years ago and have been really aware of it for the last three. To some degree I have always been a minimalist due to my personality, but it’s been only in the last few years that I’ve really consciously made an effort to live minimally and committed to it as a lifestyle. I consider myself a natural minimalist, someone who eased into minimalism due to circumstance rather than someone who read about it and decided to change their lifestyle. I had never heard of minimalist until about three years ago when I read an article about it and realized I was already living the lifestyle. 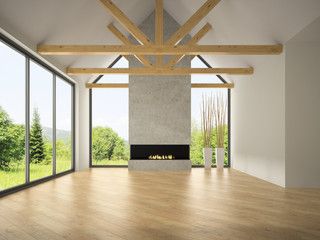 Six years ago I moved from a large house to an apartment. My personal space was cut down by about 75%. If you think about your living space now, regardless of how large or small your home is, trying to reduce it by 75% is a duanting task. I thought I would struggle with this transition, I had no idea how it would turn out. Today I enjoy living a minimalist lifestyle and wouldn’t want to go back to my previous life of consumption. To be clear, I don’t live in a hut in the woods trying to grow my own food, I’m not Amish, I have a seemingly normal lifestyle that isn’t noticeably different from anyone else. Here is what I learned and some tips for anyone interested in trying:

Regardless of what any book, blog, Quora answer or anything else tells you, there are no rules to minimalism. It’s not a religion or a cult. It’s a personality trait, just like anything else. If you aren’t by a minimalist and you try the lifestyle and hate it then stop. If you love an item an you use it regularly, keep it. Minimalism isn’t about reducing expenses ( although that is a common side effect), it’s about allocating your resources to things you care about and provide value. I used to watch a lot of TV, then I cancelled cable a few months ago. I still have access to things like Netflix but overall my supply and consumption of TV has dropped dramatically. I thought I’d miss it but soon realized that most of the live TV I watched was just news babble that wasted time. Now I spend more time doing other things that are important to me. Last season I watched 10–15 hours per week of NFL and college football. I could get a graduate degree in less than 15 hours per week.

If you are scared to give things up, try to give up one item that is easy to live without. If it goes well, try another. Try living without things and you’ll be surprise by how little you cared about them.

Be a little selfish. You probably spend a lot of time worried about other people’s needs and very little on your own. Take an account of how much time and money you spend on things for other people. If your like most people, you probably spend far more resources on other people than yourself. During college I had multiple jobs at all times. I spent my days in class or at internships, then worked in a restuarant on nights and weekends. I worked over 300 days per year, often with several weeks going by without a single day off. The only time I took time off was on holidays to visit distant relatives that I only saw once a year. I spent 80% of my vacation days devoted to making small talk at family reunions. I’m not saying you should ignore your family but for me, I was spending all my free time one something my parents guilted me into. Eventually I made the decision that I wasn’t gonna fly across the country and that a phone call would have to do.

For those of you who are worried about your appearance and think you need to be well dressed and groomed everyday, I won’t argue with you but I will offer you this story. In my twenties I worked in asset management at a real estate investment trust. It fit the stereotype for a high end financial environment. The office was in one of the nicest buildings in town, people made a lot of money, my boss drove a Bentley, the men all had Rolex’s, the women carried around designer bags. I was young and just starting so I didn’t have any of the fancy items. I had 5 identical dress shirts that were the same brand in either white or blue. I wore one of a couple pairs of gray or black pants everyday. My whole wardrobe including a nice pair of shoes was under $1,000 and I appeared to wear virtually the same outfit everyday. Nobody noticed and definitely nobody cared. The CEO made $10 million+ per year and wore the exact same sport coat and white shirt every single day. I realized people are focused on themselves. I’m a strong advocate for a professional appearance and believe looking nice can give you an advantage but the reality is that nobody really cares what kind of designer label your wearing. Very few people will notice if you buy your clothes at Wal Mart.

If I could have to take one thing from this answer it would be to assess the value of things and to allocate your resources accordingly. Whatever it is you care about, spend your time and money on that. Giving up some material items will free up space in your life for what’s important. Even with just a few thousand dollars of disposable income per year, you can pursue nearly any hobby or interest. I like to paint, for $50–100 per month I can go to the art store and buy enough supplies to make several pieces. A year ago I told myself I would buy every book I wanted on Amazon Kindle, I read everyday and it cost about $250. What did I give up to buy these things? A couple trips to the mall and a couple nice dinners.

If minimalism interests you there are loads of resources where you can learn strategies and hear stories of peoples experiences. On of my favorites is a documentary called Minimalism: a Documentary About the Important Things

. It tells the story of two friends who were drawn to the minimalist lifestyle and the experiences that they’ve had with it. Another on of my favorite books on the topic is The Minimalist Lifestyle

Minimalism does not need to take over you life either. I encourage you to try out small aspects of it. Find something that isn’t necessary and doesn’t make you happy. This could be something as small as skipping a weekly shopping trip or something as large as canceling your cable. Try living without it and see what happens. I try this with various things all the time and usually I don’t even notice what’s missing. The key is go three weeks, or 21 repetitions, without it. This is the approximate time it takes to break or create a new habit. At first it may be difficult, breaking a habit is never easy. Use a commitment device increase your chances of success. Commitment devices are things that you use to control your own behavior. For example if I’m going to give up alcohol, I can tell my friends what I’m doing so that they hold me accountable. I can also remove all the alcohol in my home so that I won’t be tempted. Being successful will be dependent on whether you are able to create an environment where the task is easy. In this example it is really difficult to give up alcohol if your friend invite you out or if you keep a case of beer in the fridge. Eliminate the temptation to make the experience easier. After a few weeks take not of how your life has changed and whether the effects are positive or negative. You may decide the benefits don’t outweigh cost and decide to go back to your former behavior. You may decide that drinking is fun and a part of your social life and want to continue in moderation. You may decide that giving up coffee is incredibly painful for you and there are few if any benefits to giving it up. Minimalism is about making your life easier and joyful, not sacrificing your favorite things for no reason. Only remove things that cause more stress than they are worth.

Check out my new book, Money Moves: The Decisions, Traits and Strategies that Separate the Wealthy

Disclosure: This post may contain affiliate links that earn me a small commission, at no additional cost to you. I only recommend products I personally use and love, or think my readers will find useful.